Designer Carpets at the "Hali Cover" 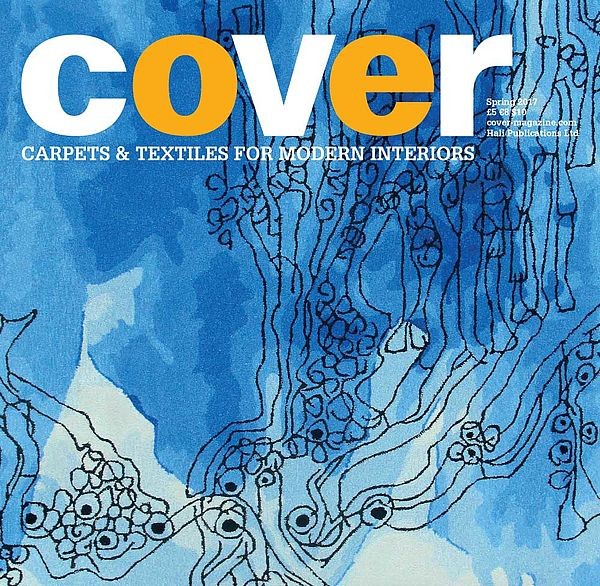 Designercarpets was the first carpet brand to be granted permission to exhibit at imm Cologne. At that fair in 2000, the company showed its first rugs by Verner Panton (1926-1998), produced in close collaboration with his widow, Marianne Panton.

Since 1999, Designercarpets has held exclusive rights to produce rugs by the Danish designer, known for his bright textile designs, pop interiors and furniture such as the stackable plastic Panton Chair—an object given design-world cult status and still produced by Vitra today.

The bold patterns on the four latest Panton rugs developed by Designercarpets’ CEO and designer Stefan Drechsle are taken from Panton designs of the 1960s. They were launched at imm in 2017.

Astoria was presented in two colourways and comes from the Op-Art inspired Geometri design for the Astoria hotel and restaurant in Trondheim, Norway. There, four variations of the pattern appeared on carpets and textiles across floors, walls and ceilings to groovy effect. Gate 1 & 2 come from a 1966 design that graced the large enamel and metal gates of the Panton family home near Basel.

The designs on the new rugs, hand-knotted in Kathmandu, are still striking in their modernity over fifty years since their creation. They are stocked at VitraHaus—the flagship store of Designercarpets’ neighbouring company and longtime champion of Verner Panton. RM

More about the Panton collection